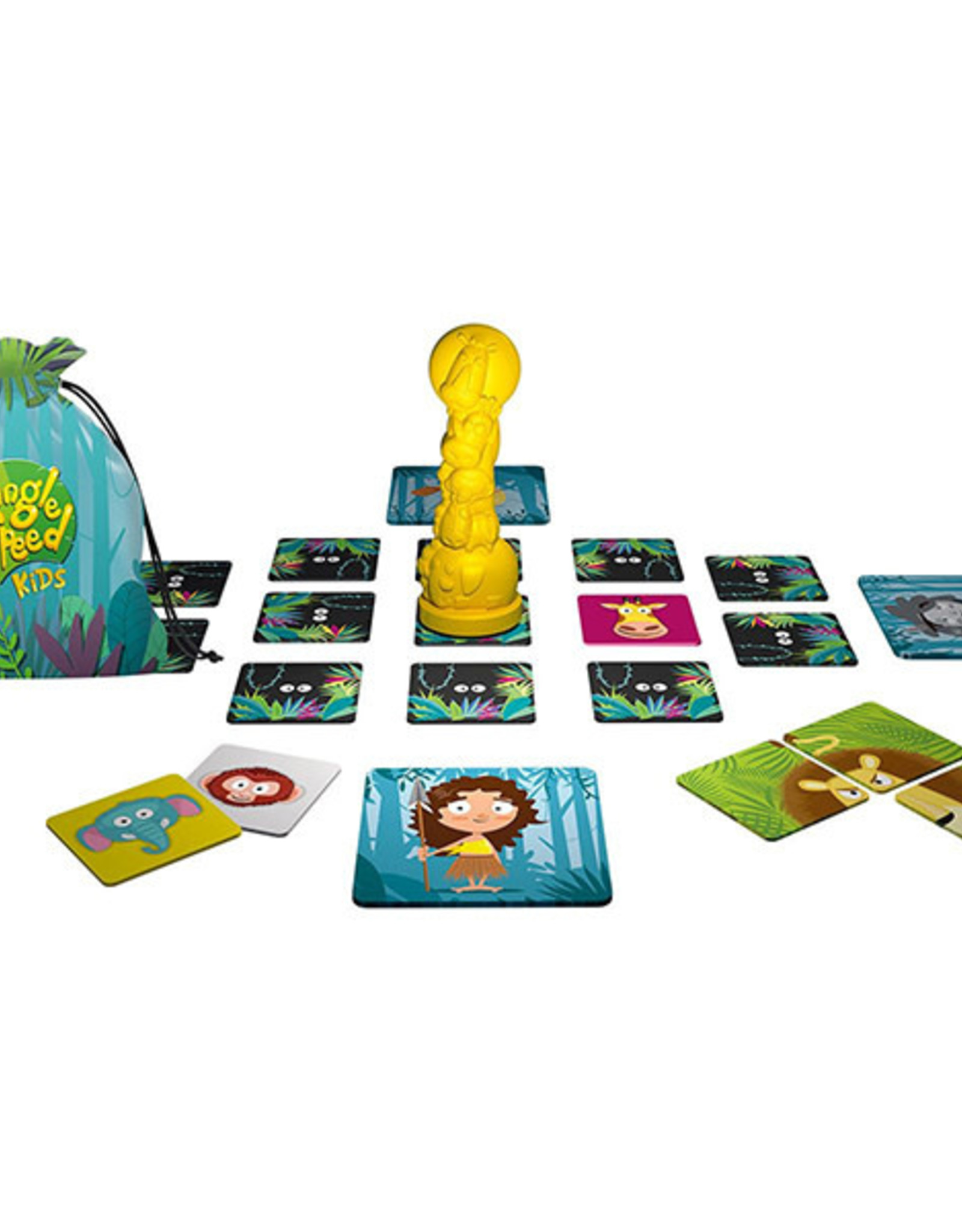 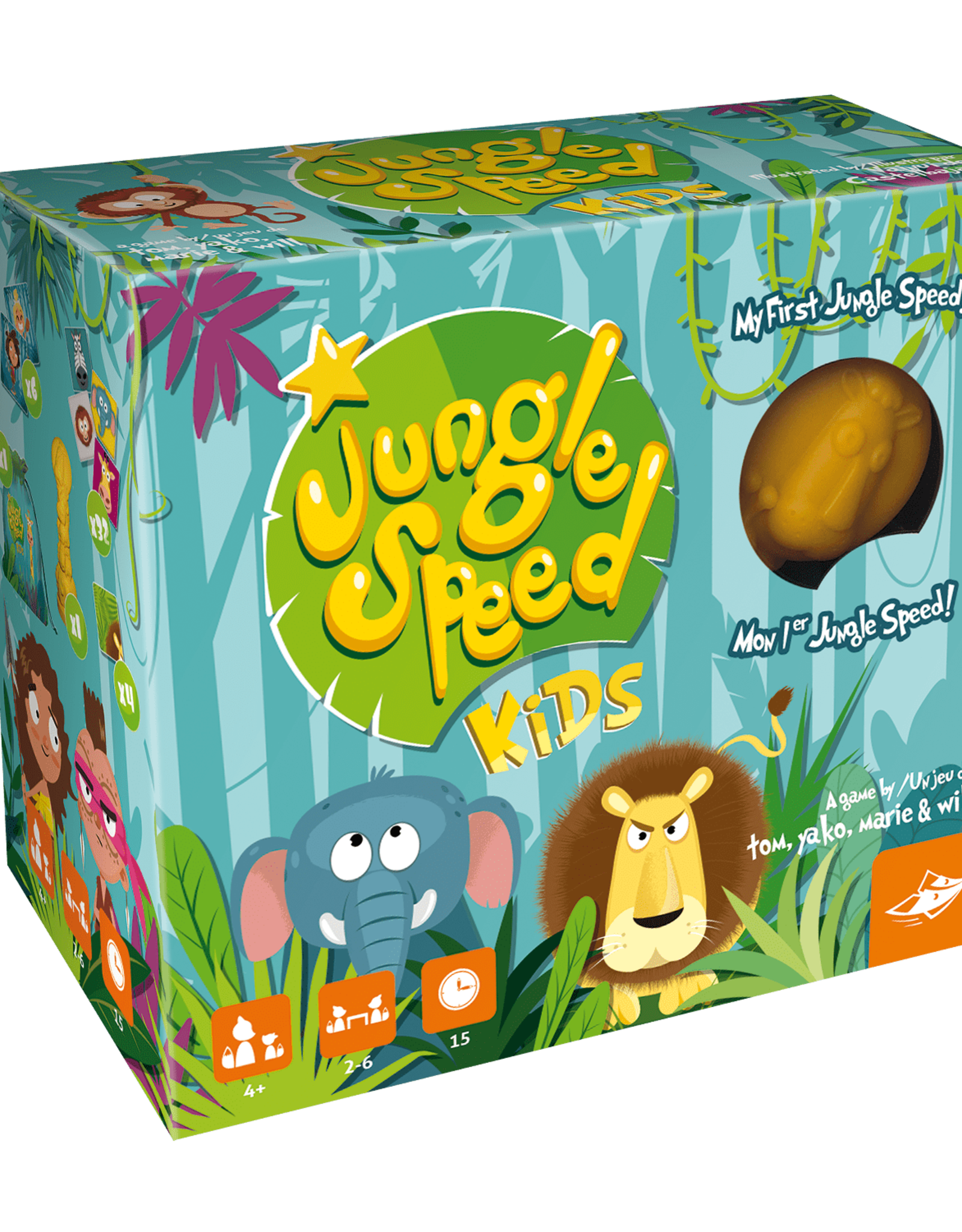 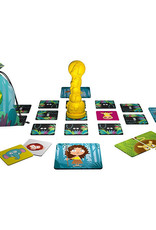 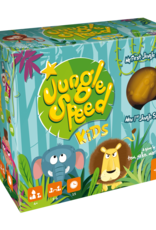 In this new Jungle Speed version for kids, be the first to catch the totem when two identical tiles appear. The goal of the game is to collect the most tiles by game's end. This version differs from standard Jungle Speed by mixing in elements from the classic children's game Memory which makes it perfect for younger children to enter the world of Jungle Speed. The game consists of 36 animal tiles and the Jungle Speed totem. The tiles are comprised of 8 each of a monkey, elephant, giraffe, and zebra along with 4 lions. All the tiles are placed face-down in a grid just like "Memory" with the totem placed at the center of the grid. Each player takes turns flipping over one tile in the grid making sure each player has seen it and then replacing it face-down in its original place. As soon as a flipped tile matches one that has previously been flipped (not including the lions), the players race to grab the totem. The player who is fastest to the totem now has to turn over the correct matching tile hopefully remembering where it is. If they are successful they collect both tiles and put it in a pile in front of them. If they do not flip over the correct tile, they are frozen and can not grab for the totem until they use their next turn to become unfrozen. When a player flips over a lion tile , the tile is removed from the grid and placed on the side of the grid. When the fourth lion tile is flipped, the game immediately ends and the player with the most tiles wins.